Everyday life under thermal imaging is so fascinating 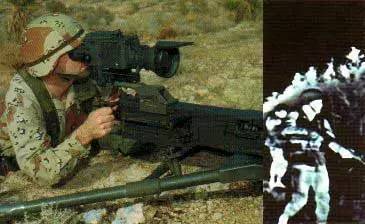 Of course, this technology can also be used to explore the world...

In thermal imaging, the higher the temperature, the warmer the color. The racing car under thermal imaging looks like a sci-fi artifact with a jet port at the rear.

However, today we have to return to the human body itself and see what our daily life is like under thermal imaging:

When smoking, the high temperature of the cigarette butt flame looks like a small firework about to explode under the thermal imaging.

After running, the entire body temperature rises sharply, but the most obvious ones are above the chest, neck and face.

Through this picture, we can see the changes. Among them, the temperature in the chest and lungs has the largest increase, because running as an aerobic exercise is to make full use of our lungs.

As the saying goes, "face red heartbeat" does not only refer to a mood. The kiss under the thermal imaging tells us that the joy of love between the sexes can indeed raise our facial heat by a level.

Tintin was originally a high-temperature part of the human body, but after being stimulated and full of blood and then becoming stiff, it will become the brightest "star" in the night sky under thermal imaging.

Of course, in addition to hot blood, there is urine flowing in the body. After years of constant temperature of the human digestive system and the excretion of urine, of course, is also a heat wave.

Maybe you have escaped the attention of the public by giving a silent fart in public. But thermal imaging will show you what you are. Like urine, the fart coming out of the gut is warm

When we wash our hands with cold water, the heat is quickly taken away from our hands to achieve the cooling effect, which also proves that the thermal conductivity of water is really strong and efficient.

A hot bath will get you out of the bathroom with your head hot because you're warmed by the water.

The popularity of electronic products has been criticized. After using laptops, it is not only the computers themselves. Our bodies absorb a lot of heat - especially on the thighs of our computers.

The body's heat conduction is so efficient that when we press the cool calculator buttons, the thermal imaging will clearly show the difference in the temperature of those buttons.

We can see the heat conduction process of fried eggs under thermal imaging. First, the pan is heated, and then the heat is introduced into the egg liquid. A perfect fried egg is born.

When eating hot food, we see that the mouth and fingers of the consumer are heated by the instant noodles that they touch.

The hot drink is poured into the cup, showing a cool picture, which is instantly brightened by the warm tone, which is caused by the high temperature of the hot drink.

Cold drinks dilute the heat of hot drinks. We can see that the intense red heat is instantly neutralized by the dark blue cold drinks into a moderate temperature yellow.